Written by Emily Lee
Updated over a week ago

The Rainforest QA Visibility Report sheds light on how key indicators have changed over the past several weeks. The report is intended to be a conversation starter for your team to understand if all is well, if something didn’t happen that was supposed to happen, or your QA process needs a little tweaking so that the numbers reflect what you want to see. 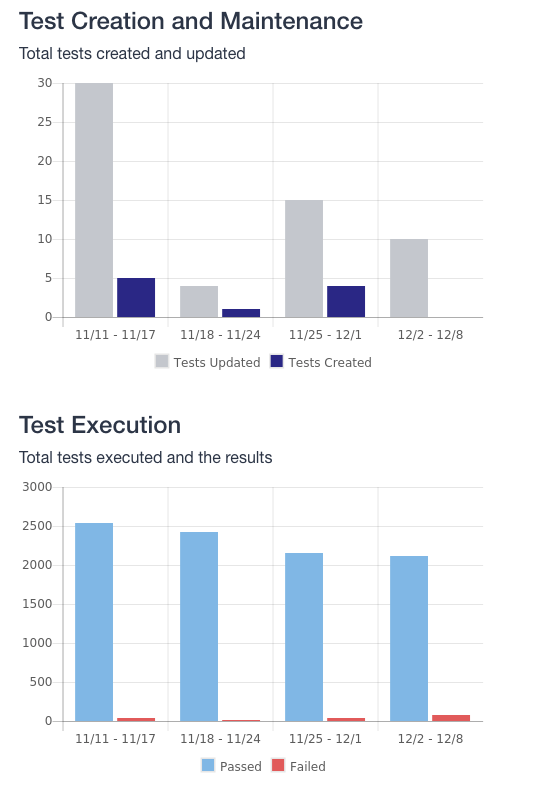 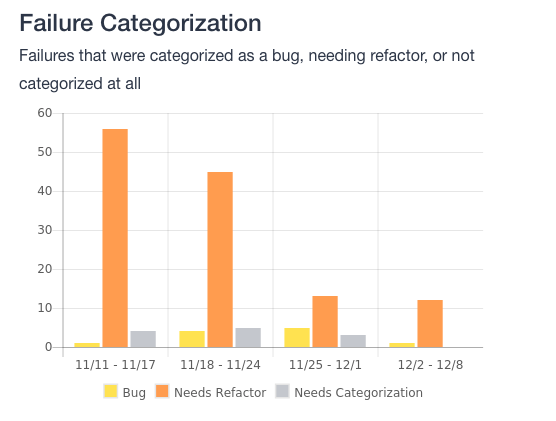 Examples of items this report can help highlight:

In addition the the visual bar charts, there’s also a table that reports the numerical changes of these data points over the last two weeks. 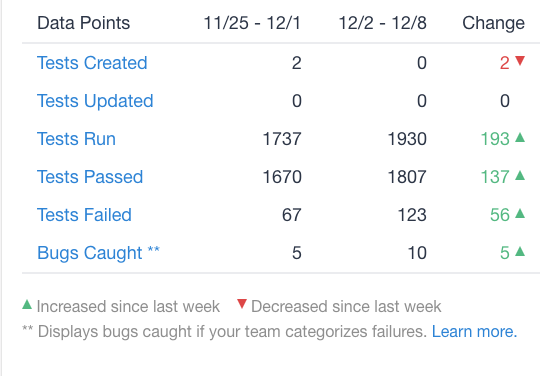 Green - number is larger than the previous week

Red - number is smaller than the previous week

Tests Created - total number of tests created in the week

Bugs Caught - if your team categorizes failures in the app, this shows the number of failures that have been categorized as bug at some point in the week.

See the article on Failure Categorization for more information on Bugs Caught and how to properly categorize failed tests.

See the article on Settings - My Account to update your email settings if you want to receive the Weekly QA Visibility Report.