Written by Emily Lee
Updated over a week ago

Why did my run fail to start?

What does the error message mean?

Where does the message appear? 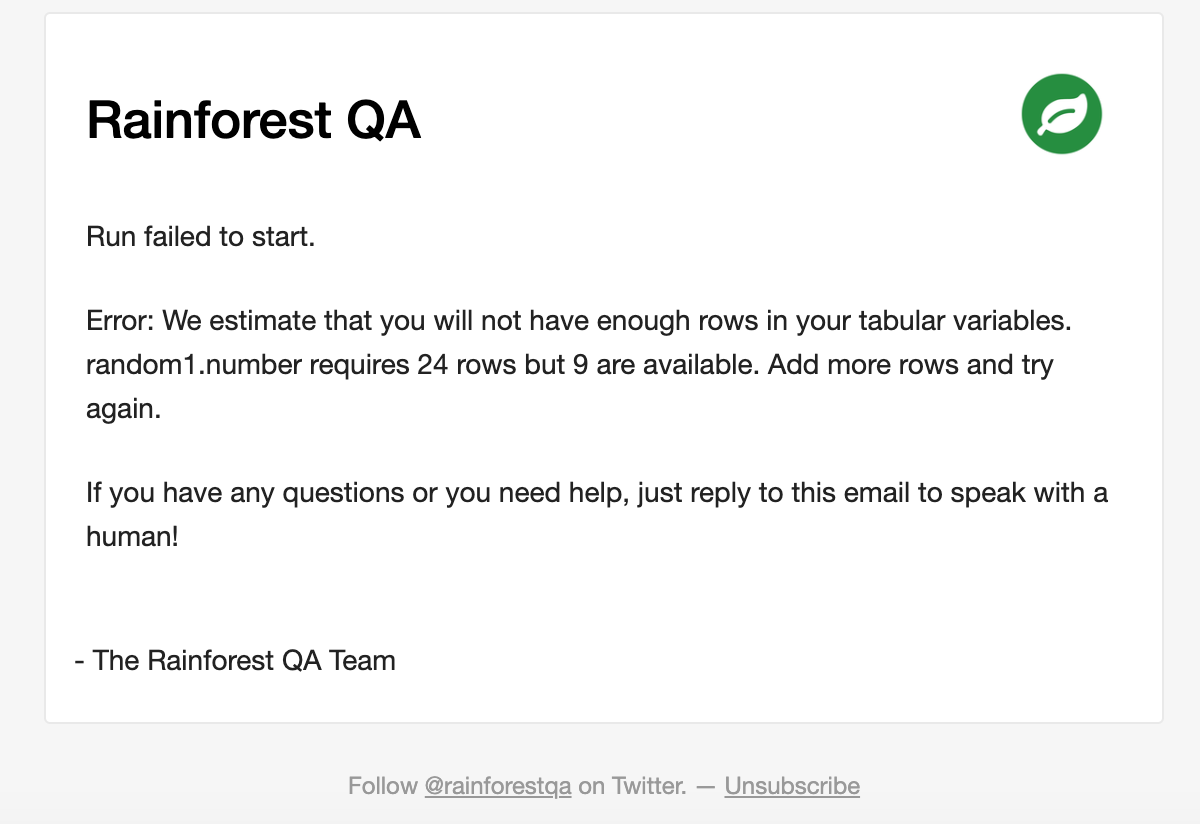 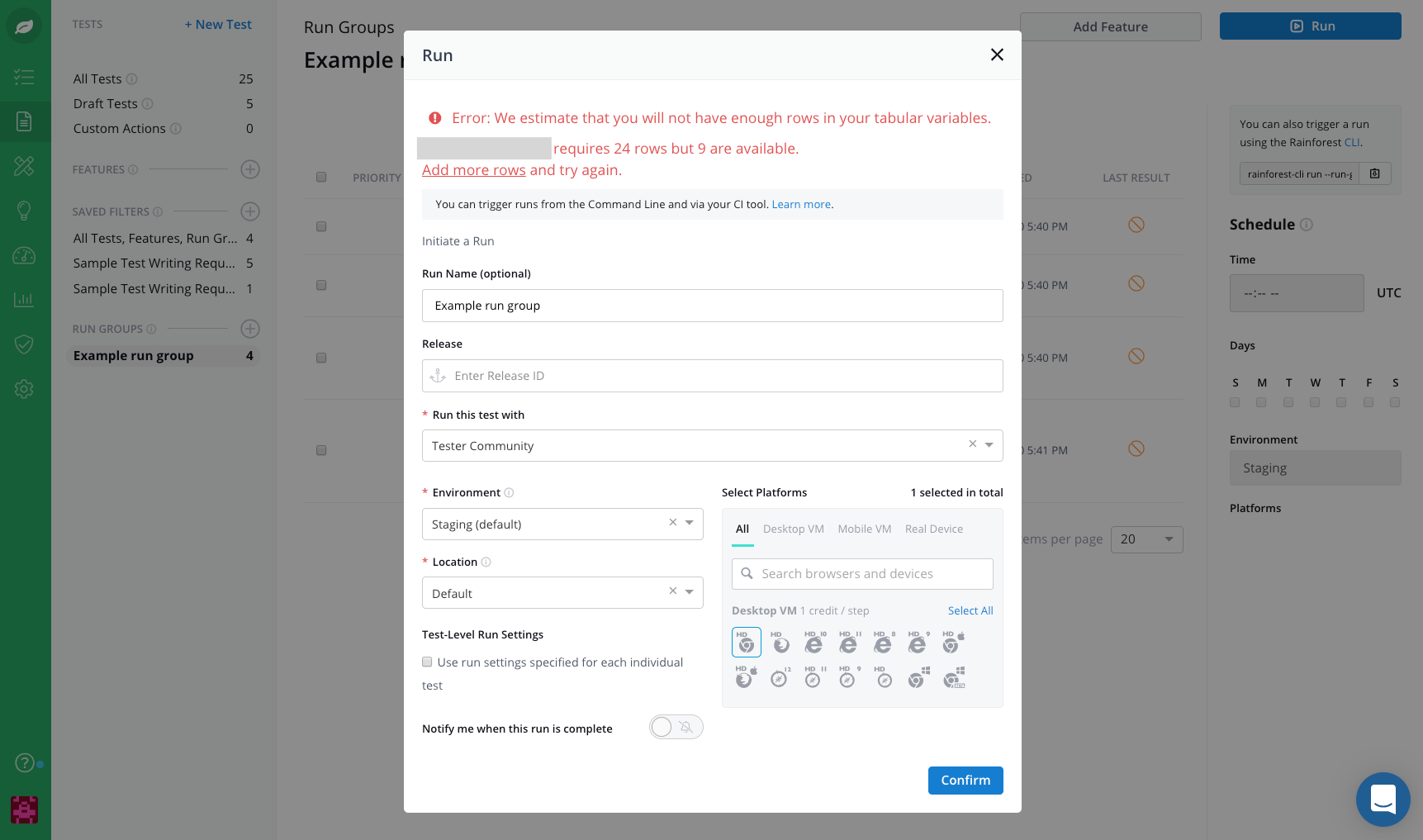 What actions should I take?

Ensure that you have enough variables for your test by calculating the number of necessary variables.

Exclude affected tests from the run

Can I determine the specific tabular variable that the test ran out of?

Why do I need to account for six testers?

Can I simply ignore and force the run?

Will a run that is currently in progress be aborted if I try to begin a second run that uses the same tabular variable(s) in the first run?

What if I can't add more variables, but I need to run my test cases right now?